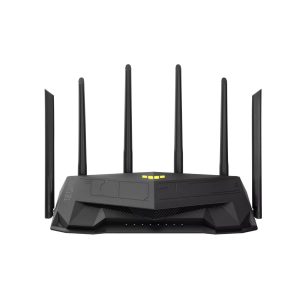 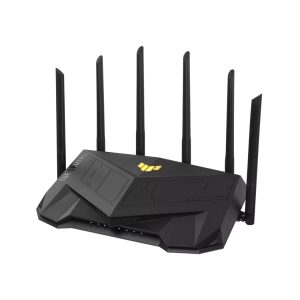 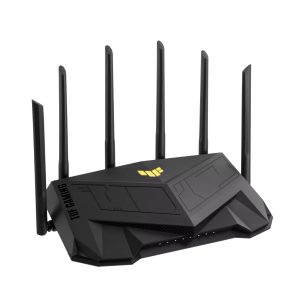 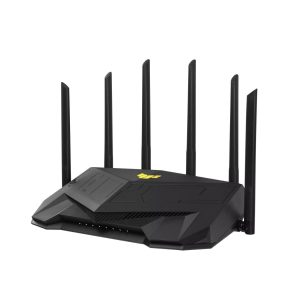 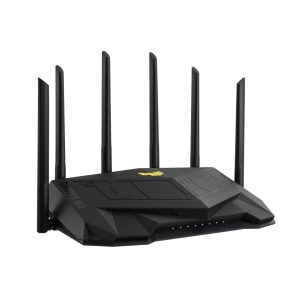 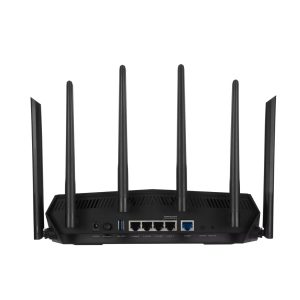 ASUS TUF Gaming AX5400 Dual Band Wi-Fi 6 Gaming Router with dedicated Gaming Port, 3 steps port forwarding, AiMesh for mesh Wi-Fi, AiProtection Pro network security and AURA RGB lighting. TUF Gaming AX5400 is designed to give you stable and fast wireless and wired connections in device-dense environments. It’s a router that benefits all your devices, from laptops, smartphones, and game consoles right down to all the IoT devices in your home.

Wi-Fi 6 provides faster wireless speeds with OFDMA, BSS coloring and MU-MIMO technologies, and it also boosts network efficiency, so all your devices get their fair share of Wi-Fi bandwidth. It’s perfect for busy networks with lots of different Wi-Fi devices, such as laptops, smartphones and smart home devices.

For true multi-gigabit performance, you need both WAN and LAN connections that support these speeds. TUF Gaming AX5400 features both WAN and LAN aggregation, so you can enjoy 2 Gbps wired speeds from your modem all the way to your PC or NAS.

ASUS designed TUF Gaming AX5400 to give you the widest possible Wi-Fi coverage. It uses OFDMA, a new technology in Wi-Fi 6 that allows signals to travel further than they can in Wi-Fi 5. With a 4×4 MIMO configuration and separate 2.4 GHz and 5GHz antennas to reduce interference, along with other enhancements like beamforming, which focuses the signal towards each device, TUF Gaming AX5400 reaches every corner.

If you need more coverage or new functions, you can simply add another compatible router to your AiMesh network at any time!

VPN Fusion lets you run both a VPN and an ordinary internet connection – simultaneously! So even if other network users need to use a VPN, you can still enjoy maximum gaming speeds.

Security for Your Home

Home network security is crucial when you have multiple connected devices, and even more so when there are devices without anti-virus capabilities such as IoT devices. TUF Gaming AX5400 includes lifetime free AiProtection Pro, including the latest WPA3 security protocol and advanced Parental Controls. Every device is protected with TUF Gaming AX5400, and you can keep an eye on everything that’s happening on your network via the handy mobile app. Learn More

Instant Guard gives you one-click secure internet access via TUF Gaming AX5400 from anywhere in the world, thanks to its encrypted data-tunneling VPN technology. With TUF Gaming AX5400, you can take your home network with you wherever you go — and say goodbye to web-based third-party VPNs! 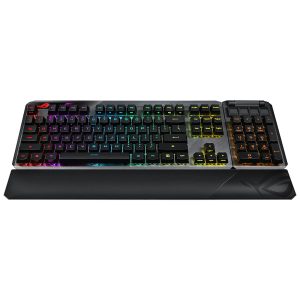 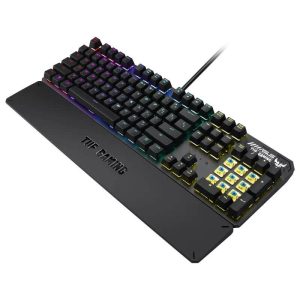 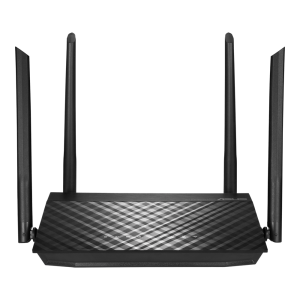 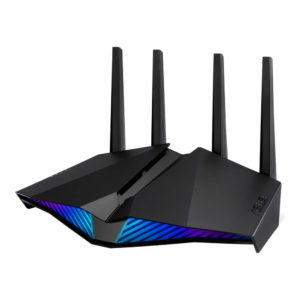 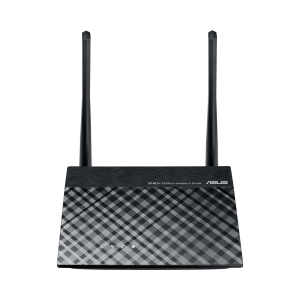 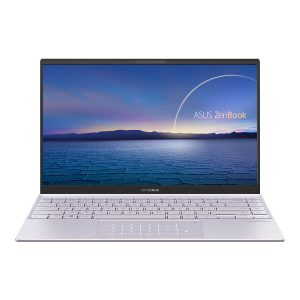 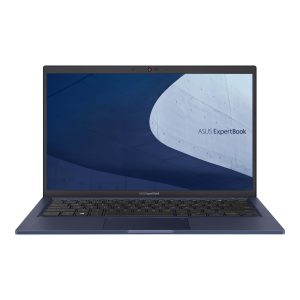 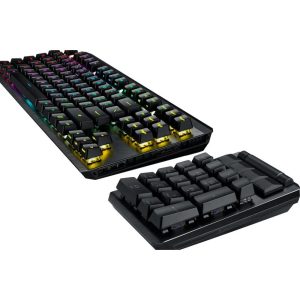